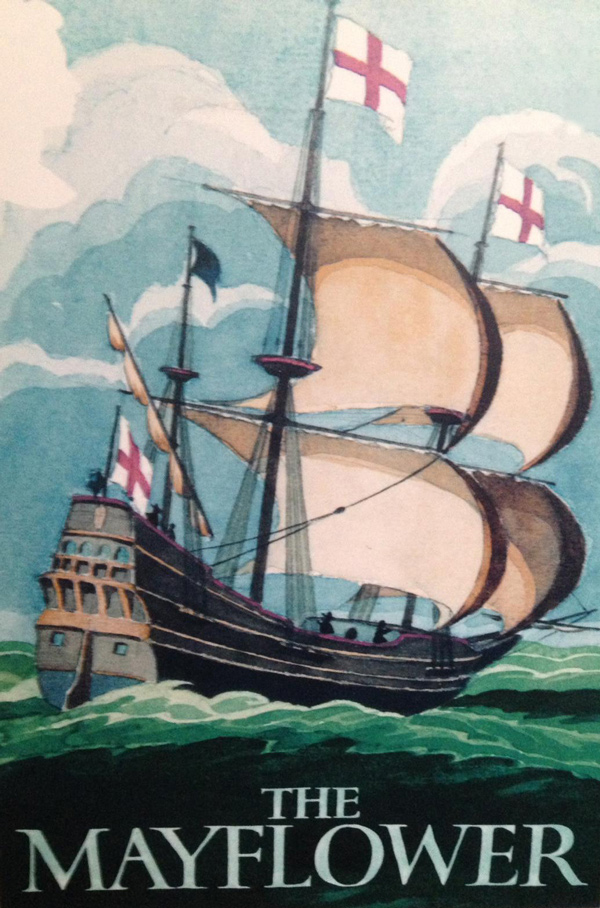 The London district of Bankside, with The Clink Prison Museum at its heart, is the essential first step for all US visitors making their own pilgrimage to trace the steps of those first Mayflower settlers in the 400th anniversary year of 2020.

For here, in London’s oldest neighbourhood, they will discover the untold prequel to the world famous story of the Mayflower Pilgrims; Southwark at the time was governed by the Bishop of Winchester and was far more liberal than the City of London on the other side of the river. It was a natural home for anyone whose ideas, interests or profession lay on the edge of the law – or beyond it.

It was here, for example, that the Globe Theatre was built in 1599, beyond the reach of the London authorities, and where Shakespeare’s plays The Tempest, King Lear and Twelfth Night – all three connected to the Pilgrims – were first played.

While much has changed over 400 years, the Southwark Pilgrims would still recognise The George Inn and The Anchor Tavern, which they certainly would have visited. (There was no Seventeenth Century temperance movement so, like them, you can enjoy a refreshing pint of traditional ale!)

The Borough High Street - the ancient road that the Pilgrims trod daily, follows just the same course leading to London Bridge, then the only crossing point of the River Thames - and next to it, of course, the Borough Market.

Despite the freedom enjoyed on the south side of the Thames, in 1586 a group of ‘Separatists’ – Protestant Christians that wanted to worship outside of the Church of England - were sent to The Clink, the historic prison that operated from 1144 to 1780, for refusing to obey the religious laws of Elizabeth I . Their leaders, John Greenwood, a clergyman, and Henry Barrowe, a lawyer, founded a prison church – so it was within The Clink Prison that the first Separatist English church began, starting a tradition of religious dissent within Southwark. When Greenwood and Barrowe gained a temporary reprieve in 1592, they began meeting in a house on Deadman’s Place in The Borough, founding the Southwark Independent Church.

Greenwood and Barrowe were both executed on 6th of April 1593 in Northampton. William Penry, another leading Southwark Separatist, was hanged next to the Old Kent Road on 29th of May 1593.

Francis Johnson, another Separatist who had been held in The Clink, could see that there was no home for Separatism in England, so he looked for a new one; first in Canada, then in Holland, where the law was tolerant of differing beliefs.

But Holland turned out to be too liberal for the strict Puritans and, after twelve years, they decided to sail to America – a land with no sinful temptations – but the voyage would be long, dangerous and expensive.

Money was raised by arrangement with London merchants, who wanted seven years’ worth of American produce in return. In July 1620, the ship Mayflower sailed from her home port of Rotherhithe captained by Christopher Jones; the 65 passengers were venture capitalists that had helped finance the voyage and Separatists from the Southwark Independent Church. One passenger was William Mullins of Dorking, the only passenger to have served prison time in The Clink. He travelled to America with his family.

The party of Separatists from Holland had sailed to Southampton in a ship called the Speedwell, but it was leaking too badly to cross the Atlantic, so the Speedwell company joined that of the Mayflower. The voyage to America took 66 days

The Mayflower sighted land on 11th November, and anchored at Cape Cod. To establish law in their new homeland the settlers compiled and signed "The Mayflower Compact"; the first written framework of government in what is now the United States.

The first winter was terribly hard for the Pilgrims; they had nowhere to live but the ship and with little to eat half of their number died before the spring. It was Native Americans that came to their rescue, showing them which native plants, like pumpkin and sweetcorn, were good to eat and cultivate. Their first harvest was celebrated by Pilgrims and Native Americans alike, and has been marked every year since then as Thanksgiving.

Another famous early traveller was John Harvard, a native of Southwark, who left for Massachusetts as part of the second wave of Separatists in 1637, and left half his estate and his library of books to the proposed new college, now known as Harvard University. The John Harvard Chapel in Southwark Cathedral commemorates this 'godly gentleman and lover of learning'.

Another Separatist emigrant was John Lothropp, the Yorkshireman who served as the pastor of the Independent Church in Southwark – he and many of the congregation were sent to The Clink. While Lothropp was imprisoned, his wife Hannah became ill and died. After a year, it was agreed that they all might leave England for the New World on a ship named The Griffin.

Lothropp reached America in September 1634, and married Anna Hammond; they established themselves in Barnstable, Massachusetts, and the meeting house they built remains the oldest building in the town.

But Lothropp’s contribution to American history is rather greater than that, for his descendants are legion, including six US Presidents – Millard Fillmore, James A Garfield, Ulysses S Grant, Franklin D Roosevelt and both Bushes – and, among many others, the poet Henry Wadsworth Longfellow, the actor Clint Eastwood, and that lawman and gunfighter of the old west, William B ‘Wild Bill’ Hickok.

This emigration established America’s proud identity as ‘The Land of the Free’, hence the quotation on the Statue of Liberty, “Give me your tired, your poor, your huddled masses yearning to breathe free.”

The Clink Prison Museum is delighted to be able to help commemorate this very special anniversary. Our special features for 2020 include:

No 400th Mayflower Anniversary visit is complete without a trip to London’s Bankside and The Clink Prison Museum!

If you wish to learn more about the Mayflower or to book your next visit:

WE ARE GREAT WITH KIDS

We accept all major credit cards

Please note, unfortunately this museum is NOT wheelchair accessible.
Sorry for the inconvenience caused.